The issuer is solely responsible for the content of this announcement.
PRESS RELEASE
July 10, 2019

- Revenues, earnings and cash flow performance in H1 2018/19 according to plan. Group revenues approaching trend projected in the full-year forecast

- Earnings before income tax down by EUR 1.2 million on previous year primarily because of prior-year extraordinary income

Revenue trend according to plan in H1 2018/19
Sales revenues in the first six months of the fiscal year 2018/19 were in line with expectations and were influenced by two major effects. Sales of suits and jackets remained slow and led to a decline by EUR 2.9 million. This includes a EUR 1.1 million drop in revenues that was attributable to Jupiter's discontinued outdoor business. In addition, the other activities that were discontinued in conjunction with the earnings and efficiency increasing measures sent revenues falling by EUR 1.1 million. The other operations were unable to fully defy the declining market trend and decreased by EUR 1.5 million. Stock sales remained stable in Q2 2019. Total Group revenues in the first six months of FY 2018/19 declined by 5.0 percent or EUR 5.5 million from EUR 110.8 million to EUR 105.3 million, thus approaching the trend projected in the full-year forecast.Growth in own Retail segment and e-commerce
The revenues generated by the company's own Retail segment increased by 8.8 percent in the reporting period, mainly because of the takeover of Russian stores by Ahlers RUS. Own Retail revenues thus accounted for 15.0 percent of total revenues (previous year: 13.1 percent). Like-for-like revenues rose by a moderate 0.9 percent. E-commerce revenues rose by an impressive 18.5 percent in the first six months of 2018/19. The company's own e-shops contributed 4.6 percent to this growth.

Drop in earnings before income tax materially influenced by extraordinary income in previous year
The lower revenues were the main reason why gross profit fell by EUR 4.5 million from EUR 55.8 million to EUR 51.3 million. As a result of the last year's earnings and efficiency increasing measures, operating expenses, which comprise personnel expenses, the balance of operating expenses and income as well as write-downs, declined by a noticeable EUR 3.1 million or 5.6 percent to EUR 52.7 million. Due to extraordinary income in the same period of the previous year, earnings before income tax dropped by EUR 1.2 million to EUR -1.7 million in the first half of 2018/19, which appears to be quite a strong reduction at first sight. In the previous year, the sale of an unused plot of land in Sri Lanka and of a work of art led to a book profit of EUR 0.8 million. Adjusted for this one-time income, the result before income tax in the first half of the current fiscal year was EUR 0.4 million below, and thus close to, the prior year level, as had been expected.

Cash flow increases and equity ratio climbs to 57 percent
Due to reduced current assets the balance sheet total on May 31, 2019 was at EUR 159.3 million significantly lower than the previous year's EUR 183.7 million. Net working capital (balance of inventories, trade receivables and trade payables) declined by a strong EUR 11.7 million or 13.6 percent. The funds thus released were used to reduce net liabilities by 18.3 percent or EUR 6.5 million to EUR 29.0 million. The equity ratio of 57.0 percent clearly exceeded the previous year's 54.4 percent. The fact that net working capital was reduced more strongly than in the prior year reporting period was one of the main reasons of the improved operating cash flow (EUR +2.3 million), which reached a positive EUR 1.5 million (previous year: EUR -0.8 million).

Forecast confirmed - declining revenues and greatly improved consolidated earnings in 2018/19
Dr. Stella A. Ahlers, CEO of Ahlers AG: "Ahlers has concluded its earnings and efficiency increasing programme and is on schedule for the current fiscal year. The eCommerce business grew strongly in the first six months of 2018/19. The Management Board confirms the full-year forecast of a medium single-digit percentage reduction in Group sales revenues that will tend to be slightly below the half-year rate. In the current difficult market situation, we benefit from our strong financial position with a high equity ratio and rising cash flow."
The Management Board continues to expect consolidated earnings to improve noticeably in the fiscal year 2018/19, mainly because of reduced one-time effects. In the second half of 2018, provisions for the efficiency programme had reduced the result by around EUR 5 million, whereas this year the company projects hardly any extraordinary expenses but rather one-time income on balance. Consolidated earnings after taxes are likely to grow at a high double-digit percentage rate but still be negative in 2018/19, which will be a year of transformation. The company aims to return to profit in 2020 when all measures initiated will take effect.
The free cash flow before financing activities should be clearly positive and net liabilities should be further reduced. As a result, the balance sheet structure should further improve and the equity ratio should pick up.

10.07.2019 Dissemination of a Corporate News, transmitted by DGAP - a service of EQS Group AG.The issuer is solely responsible for the content of this announcement.The DGAP Distribution Services include Regulatory Announcements, Financial/Corporate News and Press Releases. Archive at www.dgap.de 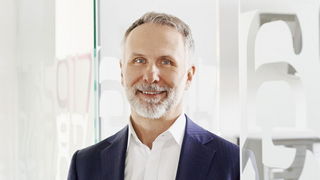 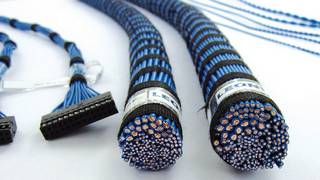